The Corporate Structure: Roles of a Director, Secretary & Other Executives

It can be quite difficult to keep up with the Australian corporate landscape. There are CEOs, COO, secretaries, directors and a handful of others. What do they all do? What are the differences between all of these different types of executives? Does the difference even matter?

These terms exist because of the concept of corporate governance. Within a corporation, there is a distinct difference between management and ownership, and this becomes evident when looking into each individual role in more detail. So below, we’ll look at the role of different types of executive and management positions within companies so you can feel comfortable you know what each position does.

Role of a director

A director of a company holds ultimately most, if not all, responsibilities of a company. They are usually registered with the Australian Securities & Investments Commission, have a Director ID and have a duty to act in the best interests of the company.

There are many different types of directors, and some may be more involved in the daily operations of a company than others. Regardless of their internal title, they all generally have the same duties under the Corporations Act 2009 (Cth). Together, directors are often referred to as the board of directors.

Below are some of the types of directors you’ll come across in Australia’s company landscape:

Role of a secretary

A company secretary in today’s corporate environment is more accurately called a ‘chief governance specialist’. Their role is to liaise with the Australian Investments & Securities Commission (ASIC), Australia’s corporate watchdog, support the directors and ensure that the company complies with any applicable corporate legislation and regulation.

Secretaries will usually be responsible for lodging financial reports with ASIC, reporting to ASIC any changes in the company that they are obligated by law to report (such as a change in share issuing and share structure). They also must ensure that board procedures are followed, and the board agenda is completed.

Other tasks that secretaries perform include ensuring meetings are called appropriately in accordance with corporations law, advising the board on governance matters, facilitating the board’s professional development, preparing various reports for the board and ensuring that the company’s financial reports are properly maintained. 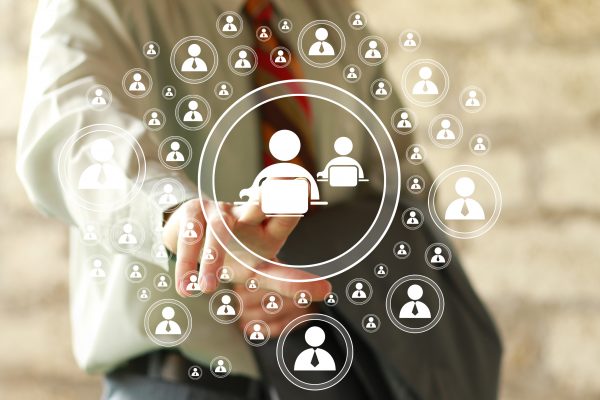 Role of a CEO

The Chief Executive Officer (CEO) is one of a company’s most important individuals. They are responsible for all vital business decisions made by the company. They may sometimes be a company’s managing director, but that is not always necessarily the case. The CEO is also often perceived as the company’s primary figurehead and is the public face of the business.

While a role of a CEO will differ from company to company, some of their common rules will include:

CEOs will generally assume more day-to-day responsibility in a smaller businesses, taking on ‘hands-on’ work that a CEO in a larger company would usually delegate.

Role of a COO

A Chief Operating Officer (COO) is usually the second highest-ranking executive within a company. They oversee a business’ operational functions and daily administration, and report straight to the CEO. Sometimes a COO will be referred to as an ‘executive vice president of operations’ or simply an ‘operations director’. One of their primary roles is to find solutions to problems before they reach CEO.

Like a CEO, the role of a COO will vary from business to business because every company has their own unique requirements. The CEO will most of the time allocate responsibilities to the COO. In most organisations, they will be responsible for overseeing a company’s processes, sales, manufacturing and personnel issues.

Other duties may involve:

Role of a CFO

A Chief Financial Officer (COO) is a company’s top finance position – sometimes referred to as the ‘guardian of the books’. Their role involves tracking cash flow, monitoring financial planning, identifying a company’s financial strengths and drawbacks, and ensuring the company is on the path to financial success. The CFO will report directly to the CEO.

Their role has evolved significantly over time as they are inherently intertwined with a company’s corporate governance, internal control and risk management. Their word will carry a lot of sway in how a company manages its investments, their income and expenses. The information they report must be accurate, given that a lot of decisions are based off the data that they will provide.

Some companies may often outsource the role of CFO (or part of the role) so that they can stay internally focused on the core mission of their business. Third-party providers can help with preparing budgets, forecasting, training staff, reviewing accounting systems and also identifying opportunities for growth.

Every corporate structure is different

You may have heard the names of other executive positions not listed here, and that’s perfectly okay! Every company in Australia is unique and will operate under a different company structure depending on their broader company objectives and their industry.

Thanks for subscribing! Please check your email for further instructions.

Something went wrong. Please check your entries and try again.
Scroll To Top